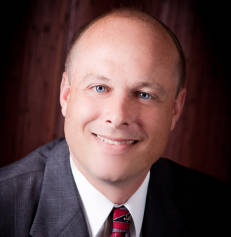 Iowa law provides land developers a tax break to newly platted land. This law was created to assist developers minimize tax liability in the early years after a plat is recorded. The developer does not need to file any paperwork to receive this benefit.

According to chapter 354.6 of the Iowa Code, a subdivision plat shall be made when a tract of land is subdivided by repeated divisions or simultaneous division into three or more parcels. A subdivision plat shall have a name or title that is unique, as approved by the auditor, for the county in which the plat lies.

Chapter 441.72 states that individual lots within a subdivision shall not be assessed for more than the total assessment of the land as acreage or unimproved property for three years after the plat is recorded or until the lot is built on, whichever comes first.

An added twist in the new law applies to lots within plats that were recorded from 2004 through 2010. SF533 adds an additional five years to the original preferential assessment time period of three to eight years. For example, lots in a subdivision plat that was recorded in 2004 have already received the preferential assessment for years 2005 through 2007. In 2008, those lots went back to a market value assessment. With the new law, those lots are to receive the preferential treatment for eight assessment years, which would be from 2005 through 2012, unless they are improved with permanent construction.

The following chart shows the effect of the new law for lots within plats recorded from 2004 through 2010 and are still unimproved.

If the County Board of Supervisors has adopted an ordinance enacting Chapter 405.1, this section of the code supercedes and take precedence over Chapter 441.72 . While they are similar, here are some differences:

For properties acquired and subdivided for development of housing on or after January 1, 2011, SF533 made the preferential time period five years from the date of subdivision, regardless of the county's population. The bill also gives the supervisors the power to amend an ordinance previously adopted to extend the time of special assessment up to five years.

For example, assume the proper ordinance was adopted and agricultural-classed property was acquired and subdivided in 2011. The subdivided lots would continue to be classified agricultural until they are sold for construction or occupancy of housing, or for five assessment years (2012 through 2016), whichever happens first. In addition, the board of supervisors, or an applicable city council, can extend the time period for the preferential assessment up to an additional five assessment years, 2017 through 2021 as illustrated in the chart that follows.